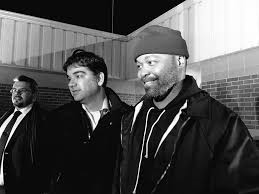 It is time for the first quarter 2016 wrongful conviction roundup, which includes some Loevy & Loevy clients who were exonerated through the extraordinary efforts of my colleagues. Ernest Matthews: Ernest Matthews spent eight years in prison for a murder he did not commit. In 1992, Mr. Matthews was arrested along with two others, accused of a… Read More