In January, we wrote about Professor Steven Salaita’s fight for academic freedom. He was fired from a tenured position at the University of Illinois at Urbana–Champaign because of his tweets criticizing the Israeli government’s bombing of Gaza last year. Loevy & Loevy partnered with the Center for Constitutional Rights to file the federal civil rights lawsuit on Salaita’s behalf. Loevy & Loevy… Read More 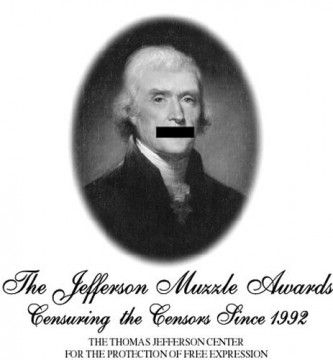 There are prizes that academic institutions hope to receive, and there are awards of ignominy.  The Jefferson Muzzles Award, given out every year in mid-April is of the latter variety.  Awarded by the Thomas Jefferson Center for the Protection of Free Expression, the Muzzles Award is a “good-natured rebuke to all government officials, lest they forget… Read More